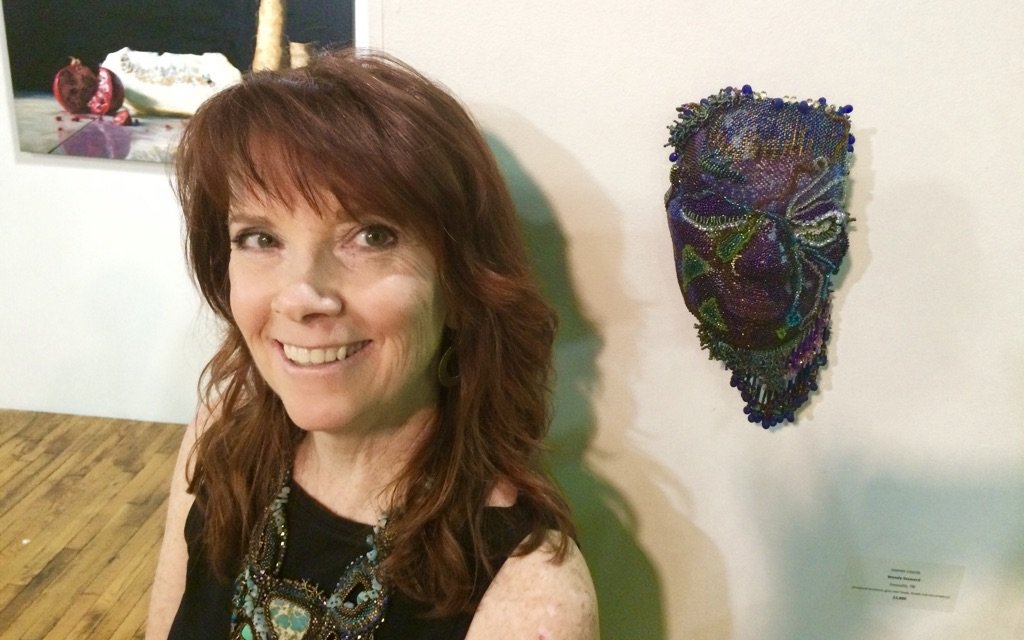 Wendy’s chance to volunteer in the Peace Corps led her down a path to discover an age-old artform that spoke to her soul. While living in the South African kingdom of Lesotho, she was captivated by the history, colors, and designs of African beads. When she arrived back home, she set out to learn all she could about the intricate processes of beadwork and created a niche for herself as an intuitive beadweaver.

Naming her artistic practice, “intuitive beadweaving” was a way to honor Wendy’s grandmother, who was an intuitive painter. She watched and learned from this heart-based, creative approach and felt the same spiritual connection and flow when making her own beadwork. She uses off-loom bead weaving techniques to create intricate, sculptural pieces that have been worn by Knoxville’s Mayor Madeline Rogero and stars on the red carpet at the Country Music Awards.

“I like to call it intuitive beadweaving because sometimes, I just start with materials and go with the flow.”

My name is Wendy Seaward and I do beadwork. I call it intuitive beadweaving, because I have been inspired by my grandmother. Her name was Mona Jordan, and she called herself an intuitive painter. She was a master of the art, and I got to sit in on some of her intuitive painting classes and was inspired by that. She would just scribble on the canvas and through a series of hours, she would coax these forms and different objects into a beautiful, cohesive painting. I like to call it intuitive beadweaving because sometimes, I just start with materials and go with the flow. I bezel set a stone, do a bunch of stones, put them together on the tray–I might attach them, or I might surface embellish them. There may not be a pre-planned design. My customers are always asking me, “did you draw this out?” I say, “well, no I was just inspired by the materials.”

I was a Peace Corps volunteer in southern Africa in a little mountainous kingdom called Lesotho. I used to gather African trade beads, I used to collect them. I just think they’re amazing. They have a history of hundreds of years of trading and traveling throughout Africa. I just felt a spiritual connection and just amazement at having that object. I first learned how to do beading when I wanted to put them together as a necklace. I didn’t know how to do beadweaving. When I got back to the states, I bought some books and learned how to do the beadwork, which is a lot more complicated. I was also very fascinated by the Swazi, Xhosa and Zulu beadwork that I collected when I lived there. It’s amazing work, colors, and designs. I don’t try to copy that, but I have been inspired and admire it. I would never say I’ve attained that sort of skill, but at the same time, that’s how I gained my appreciation of beadwork from what I saw in Africa. 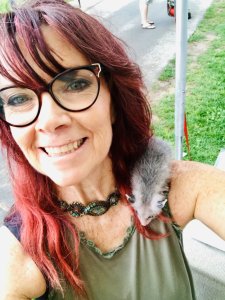 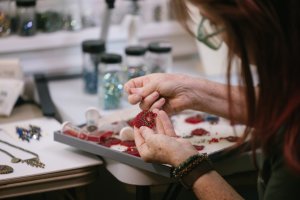 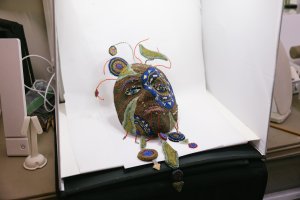