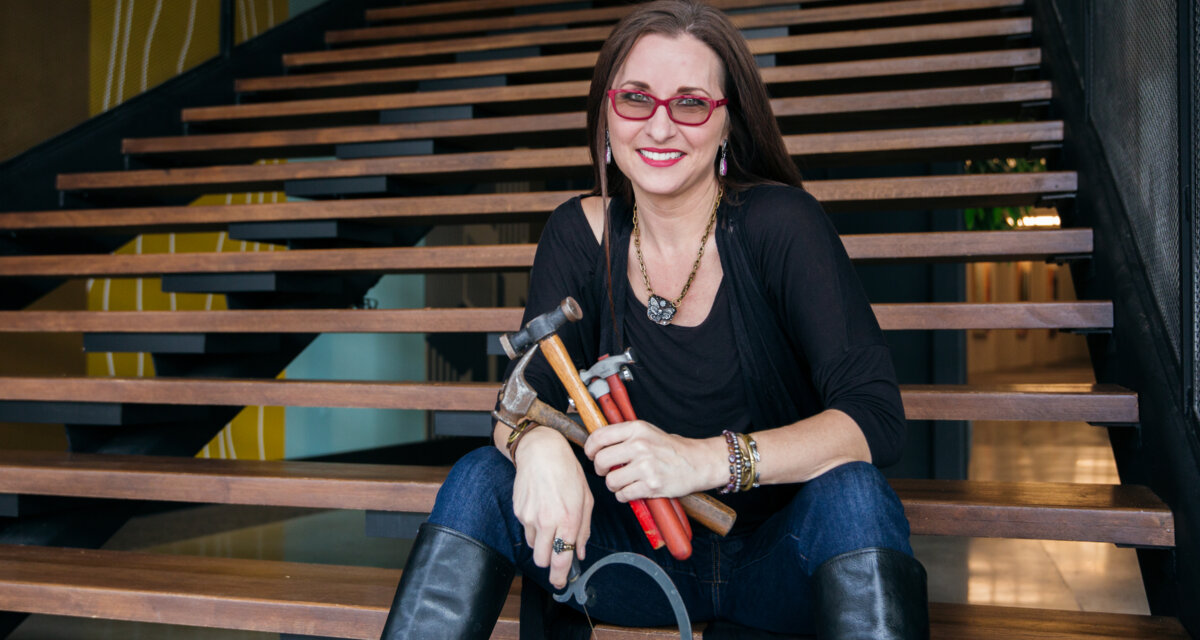 A maker and collector of meaningful objects, Susan found a treasure trove at the Nashville Flea Market. Each piece she discovered was rich with a story that she felt was awakened by giving it new life in a creation of her own. When asked by a family friend to use her leatherworking style to make wedding rings, she was up for the challenge. So she picked up a blowtorch and tried her hand at metal ring making. The rest is history.

For Susan, jewelry making is far deeper than creating pieces for adornment. She believes a meaningful piece of jewelry invigorates people to tell their stories and connect with others over common threads in their histories. She can’t resist being a part of bringing people together in community over a historical element found at a flea market or estate sale. Though she has experimented with sculpture, filmmaking, and leatherworking, she found her true love in metalwork when she first picked up a blowtorch. For months, she honed her craft before producing her first product: wedding rings that have stood the test of time and are still being worn seven years later! Susan feels that narrative culture is crucial to the community, and she wants everyone who wears her work to feel like their story is being told through a powerful piece of jewelry.

“Bringing back the narrative culture and tying together all of those threads, bringing all of these elements into the bigger community’s life is what Lucky Girl Eleven is all about.”

I am Susan Bennett Lopez and I am Lucky Girl Eleven. I began as a filmmaker in New York City in my early life. I worked at The School of Visual Arts doing film and animation. I would rush home from work and would sculpt and make things. I found myself more and more drawn to doing things outside of the industry. It looked so awesome and exciting from the outside, but when I was in it, it wasn’t fulfilling me in any way.

I moved down south and it completely changed the whole trajectory of my life. I came down here in 2008 and I spent every weekend I could at the Nashville Flea Market, collecting cool little pieces and elements of history from the 1800 and 1900s–suitcases, keys, buttons, batches, drawer pulls, and things from old Victorian homes–things with story, lore, and history. At that point, I wasn’t making jewelry, but for six years, I had been sewing leather goods and bags. When I first started, I had no idea how to sew leather, so it was a very rustic piece. Eventually, a friend of my brother’s reached out to me, asking if I could make wedding rings in the style of my leather work. I said, “when are you getting married?” and picked up a blow torch. I made about 100-150 rings in the course of two months, trying to learn ring making, never having worked with metal. Not only did I learn how to make rings, I realized how much story there was in it. After six months, I successfully made the rings (and the boxes that went with them), and he was thrilled (and still wearing them seven years later!).

From that, I realized for me, making jewelry is not just about adornment–it’s about storytelling, bringing people together, bringing narrative culture back to life, and reinvigorating people and giving them a purpose in themselves. If you’re an introvert, you can share what is bubbling inside of you, you could wear a piece of jewelry that says “these are my elements, and this is what they mean.” Whether it’s using an antique piece or a representative piece, someone’s going to ask you about it. They will then have the opportunity to share their story and their creativity. Bringing back narrative culture and tying together all of those threads, bringing all of these elements into the bigger community’s life is what Lucky Girl Eleven is all about. My brand is for everyone to tell their story. It creates an opportunity, through choosing a piece that speaks to your soul, to allow other people to ask you about yourself. The threads of history, the lore of mythology, even the story of the stone–they all have a meaning–they bring people together. The bigger tapestry of the community at large is woven tightly through the narrative. That is the beauty of being a creator and having the ability to give that to other people. 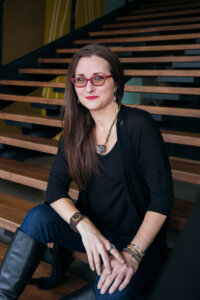 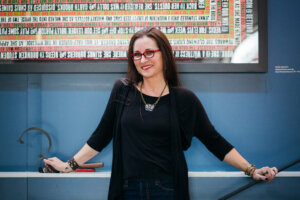 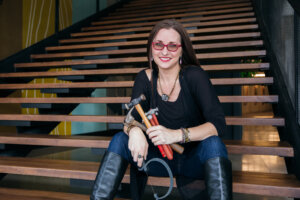