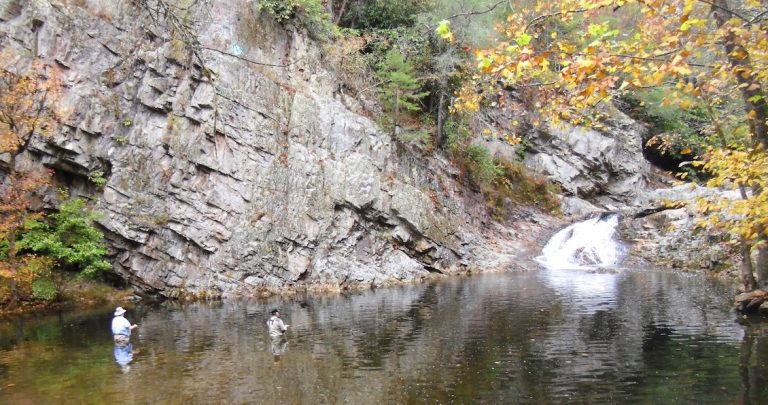 Influenced by his grandfather, Rob became passionate about fly fishing at an early age. As he got older, Rob knew he wanted to make a career of it.  After working in both the retail and hospitality side of the industry, founding the fly fishing program at Blackberry Farm, and consulting for other lodges, he decided to start his own business.

Fightmaster Fly Fishing provides guides, instruction, and education centered around the sport. With years of experience and a reputation to match, Rob has been praised as one of the “Best Fishing Guides of the South” (Garden and Gun Magazine). As a business owner for the past 15 years, Rob has worn many hats to keep his consulting business afloat; his dedication and passion have built a strong community for fly fishermen and women near and far.

“Rob has a real passion for environmentalism and of course, trout.”

It’s not my story but my husband, Rob’s. He owns and operates Fightmaster Fly Fishing and has a 20+ year career in the fly fishing industry. He’s worked the retail side, hospitality side (started the fly fishing program at Blackberry Farm), and has done property consulting for other lodges as well. He started his own guide service about 15 years ago and has created quite the reputation as the “go-to” for fly fishing in this area, specifically in the National Park.

Aside from his incredible fly fishing expertise, he also has to be his own IT person, marketing guru, equipment manager, etc. He worked in radio in college while at the University of Tennessee – reading sports and weather overnight.  He’s been on the “Phil Williams Show” a time or two, has been featured on the “Destination Angler” podcast, and has been on WBIR’s “Your Stories” where he had the opportunity to take Abby Ham out on the water, along with her videographer. He’s an interesting dude with a real passion for environmentalism and trout. 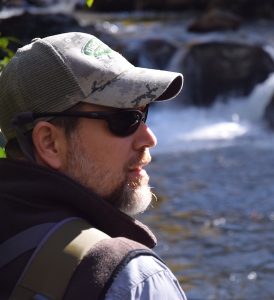 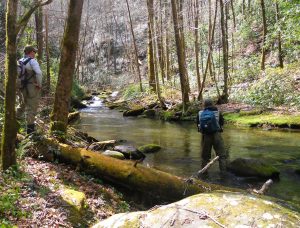 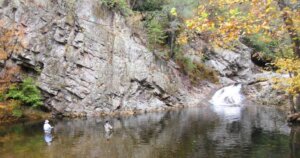