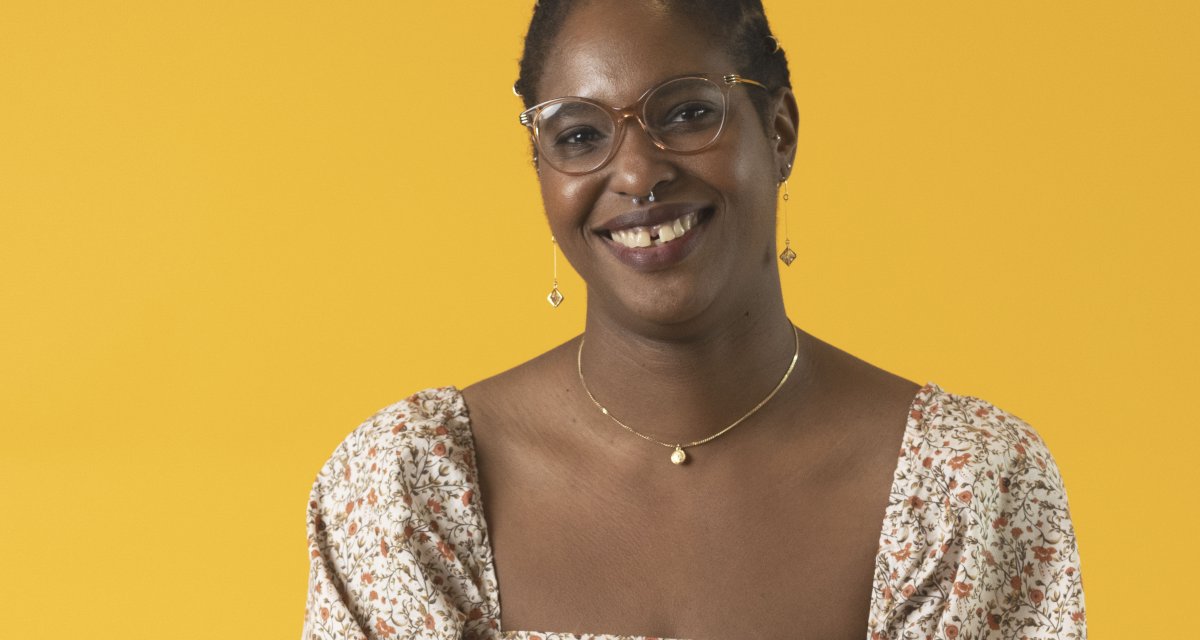 As a kid, Nkem was always drawing, writing, or doing something creative; but when she saw the work that other artistic kids around her were creating, she would doubt her own abilities as an artist. Years later as a young adult, she stumbled upon hand lettering, and a new world of possibilities opened up to her.

Early on in her career, Nkem was spending hours just searching for the perfect font to accompany her graphic design work. A light bulb moment occurred when she realized she could use her talent in drawing to create her own fonts. So she resolved to pour herself into honing this skill for a whole year, keeping herself motivated by the steady improvement she saw in herself. Now, she is expanding her business and excited for the continued growth ahead of her. Nkem makes “thoughtfully designed goods with people and community in mind.” Her goal is to not only create aesthetically pleasing work, but to do it in a way that inspires new mindsets and leads to conversations on mental health, social and environmental justice.

“It all started from practicing, making mistakes, seeing my growth in the process, and deciding that I can get better if I continue to show up for myself.”

My name is Nkem Warner and I’m a hand lettering artist and a graphic designer. I’m expanding and launching my business in a way that I’ve never done before, and I’m just really excited to see where it all takes me. As a kid, I was always drawing, writing, and I was always involved in something creative. Drawing is something that really stuck with me. I would love drawing anime characters, X-Men characters, Pokemon, and everything that was occurring in the early 80s. I never thought that you could be an artist long term, especially when kids around my age were already developing their own characters without using references. In that early mindset, I had this idea that artists don’t use references and just come up with everything off the dome, that you just know what you’re doing ahead of time. I thought I wasn’t good enough. In 2015, I stumbled upon hand lettering. As a graphic designer, a lot of the time spent trying to make your design is spent looking for the right font, because when you get the right font, it brings a whole piece together. So to curb hours looking for typefaces and fonts, I realized I could design my own letters, since I took a typography class in school.

In the beginning it was atrocious. I have come a long way from where I started! After practicing every single day and seeing my day 1 to my day 100, I thought “Oh my goodness! Are you telling me all it takes to be good at art is to show up and practice all the time?” I just consistently did that and 100 days turned into a 365 day challenge. Throughout that entire process, I absolutely fell in love with lettering and drawing. The thing that captured me in that process was what I was lettering about. The words were extremely encouraging, they were speaking to me and telling me what I get to do with my life. Through journaling, writing, doing some self-work, and through lettering, I was able to get to this point where I believe in myself. Being able to combine that with graphic design and make a whole form of artwork is really rewarding for me. 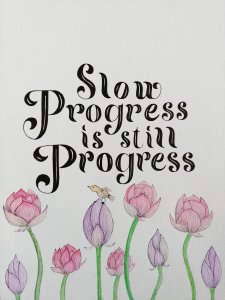 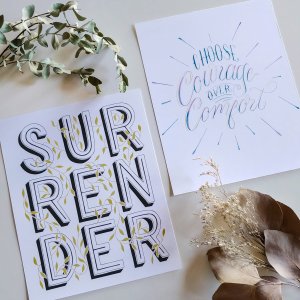 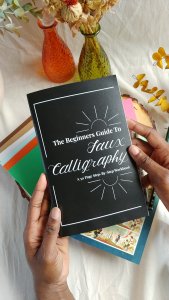 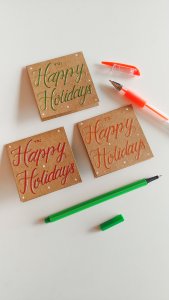 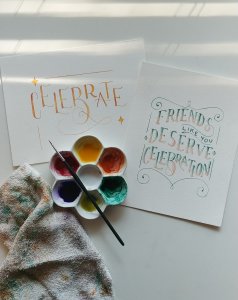 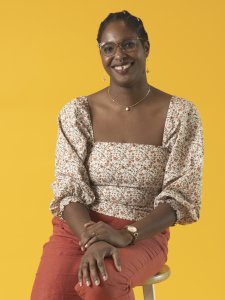